Hey, Yuri Elkaim with you today, another great episode of the Super Nutrition Academy Health Class. Today we’re going to be talking about birth control and specifically in response to some pretty scare stuff that’s come out of the news, at least up here in Canada, as of late. A birth control pill known as Yaz or Yasmin has been suspected in more than 23 deaths in women of various ages, starting as young as 14 years old. When I saw this on the news, I was like, wow, we need to discuss this. This is crazy stuff. 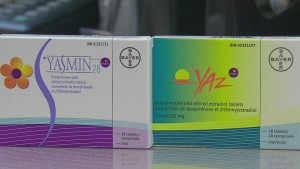 First of all, what is Yaz, what is Yasmin? They’re just different names for…they’re not exactly the same pill. They’re slightly differently formulated, but for the sake of our conversation, they’re the same, and they have the same potential risk for women looking to use birth control.

First of all, the big thing here is that Yaz is a combination of—well, let me break this down for you. I’ll try to make this as easy as possible for both of us to understand, really. It’s a combination of drospirenone, which is a type of progestin or progesterone in combination with an estrogen such as ethinyl estradiol, which is a free form of estrogen that obviously is found in the pill. These birth control pills really try to, in a lot of cases, combine progestin and estrogen to mitigate the chances of getting pregnant. 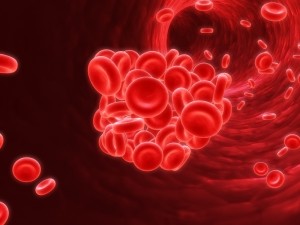 To be quite honest, I’m not fully versed in birth control pills. It’s definitely an area of great debate and merits further exploration on my part at the very minimum, but in the meantime, I just wanted to bring this information to you because I’ve known a lot of people in my short amount of time on the planet who have taken birth control, and a lot of them have experienced adverse effects. Not to the sense of death, obviously, but this recent report on Yaz and Yasmin, this is 23 deaths, and these have been related to blood clots, specifically pulmonary embolisms.

I have a really good friend of mine who, I don’t believe she was on birth control but she was actually given a different type of medication for something else. She actually had an Achilles tendon tear. I believe she developed a pulmonary embolism as a result of the surgery or due to the medication given after the surgery. This is more than a year and a half now that she’s been battling back and forth with potentially catastrophic consequences of having a pulmonary embolism.

Pulmonary embolism basically is like a big bubble of air that’s kind of blocking the arteries going to the lungs from the heart and stuff. It’s pretty significant. With Yaz and Yasmin, these pulmonary embolisms have been related to these 23 deaths. The thing is, like, these are in healthy women. These are in women as young as 14 years old up to their early twenties who have been using this. Very active women dropping dead because, obviously, if you don’t get oxygen, you pretty much die.

It raises the question… I don’t want to get technical in the sense of, okay, let’s look at the ratios of estrogen, progestin, all that kind of stuff ’cause it’s beyond that. It’s a more fundamental question, I believe. First of all, there’s some serious class-action lawsuits now being filed against Bayer, which is the parent company who has produced Yaz and Yasmin, although Bayer has said they’re not sure why they’re being sued, because they feel that there’s no merit for such grounds. 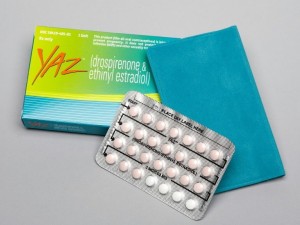 Nonetheless, Health Canada has issued some very interesting stats. They’ve actually documented from 2007 to 2013, doctors and pharmacists have reported six hundred adverse reactions and 23 deaths where Yaz and Yasmin were suspected. And more than half the reported deaths were of women under 26 years old. Six hundred adverse reactions, you might say, okay, if there’re millions of women taking this stuff, that’s a very, very small percentage of women.

And it is but, again, let’s look at what is a better alternative. Let’s look at the bigger question, the fundamental question, which is: Do we even need birth control? Obviously, the best form of birth control is abstinence. I’m not going to preach abstinence because you live your own life, your kids live their lives, and you and they have to do what’s best for your respective lives.

I don’t believe birth control is a very helpful thing, because my point of view on this is that whenever we start messing around with our hormones, good stuff doesn’t happen. When I say “messing around with hormones,” I don’t mean doing things to naturally kind of rectify imbalances. I’m talking about physically ingesting hormones that are, in a lot of cases, derived from horse urine, as an example, which is one of the sources of Premarin, which is commonly used in HRT.

When we start doing this stuff, we don’t know what we’re doing to ourselves. We don’t know the effect on our body. The way I see it, I really don’t believe there can be a very positive outcome from doing things. Really, we’re playing Jurassic Park with human biology. Jurassic Park, we thought we could bring the dinosaurs back to life, put them on this island, and, obviously, they went crazy and they killed a bunch of humans and took over the island.

You can’t mess with nature. We have, I’ve got a number of friends who’ve been on birth control and then they’ve subsequently stopped birth control because they’ve wanted to conceive now that they’ve been in a serious relationship for a while, and they haven’t been able to. It’s really messed up. Their cycles, their natural levels of hormones, it really places an extra burden on the liver, because now the liver’s gotta process and filter all of these extra hormones and metabolize them. It’s just an unnecessary stress.

My challenge to you is—and, again, I’m not a medical doctor, obviously I’m not a medical doctor, but I’m hoping to impart some wisdom on you that will, at the very minimum, get you to question some of this stuff. We see commercials for this all the time, “do this, take this, it’s going to prevent pregnancy,” blah, blah, blah. There’re other ways of preventing pregnancy, right? Different ones have different success rates—condoms, intrauterine devices, stuff like that; abstinence, obviously, is the best.

But, again, I really want you to think about this. When we start messing around with hormones, when we start bringing artificial and external hormones into the human body, I don’t really think good stuff can happen. I think we’re at a point now in time scientifically where there’s a lot of experimentation being done. There’s a lot of experimentation with testosterone and growth hormone in men and giving men that feeling of vitality and youth again by giving them exogenous testosterone.

And there’re all sorts of youth clinics around the world and the U.S. where this stuff is being done. You’ll obviously see their success stories in magazines and commercials…but I don’t know. Maybe I’m not well-informed enough about this particular subject, but I just feel that based on what I do know, it’s not a good thing. Yeah, I’m going to see if I can find some…

What happens is when you take external or exogenous testosterone, what ends up happening first and foremost is that your testes, if you’re a man, will shrink. The reason for this is because, well, if you don’t need to produce as much testosterone, then you don’t need the glands, the organs that produce testosterone. Does that make sense?

It’s use it or lose it, like with anything in the human body. Use it or lost it. So, if you’re taking an excess exogenous testosterone, you’re telling your body, “Hey, we have enough testosterone. We don’t need any more.” Your body says, “You know what, okay. We’re going to shrink the testicles, and we’ll make them smaller.” This is just one effect.

There’s a lot of different things that can happen when we start playing around with these different hormones. That’s why I’m not a huge fan of any kind of hormone-replacement therapy or hormone supplements, because I just don’t believe we know enough yet. We don’t know enough long-term, we don’t have enough long-term data to really understand what the consequences of these actions are.

The things that we do know, which is kind of interesting, because when we look at our food supply, and we know that one of the biggest problems now is…we continue to talk about why is it important to eat grass-fed beef versus cattle that’s raised in a cooped-up pen, fed antibiotics and hormones.

We intuitively know, it’s like, I don’t want to eat a cow that has been injected with hormones, because we know that we are bioaccumulating that garbage as well. But then we go around and we’ll pop a birth control pill every single day, which is exactly the same thing as what we’re doing to these cows in terms of injecting hormones into them. When you think about, sometimes we’re a little bit disconnected.

It’s a bigger-picture philosophy, I think, about do we know enough, are we 100 percent certain that synthetically created hormones injected into the human body or ingested by humans is the safest way to go about achieving a goal. Obviously, I’ve mentioned several times already, I personally don’t believe so.

I’d love to know your thoughts on this, because I’d actually like to hear from the women listening to this podcast. Do you use birth control? Have you used it in the past? And if so, have you noticed any side effects or any difficulties with conceiving? Or have you noticed anything else? Has there been a change in weight or skin acne-wise, whatever it might be?

As always, I want to direct you over to the blog, SuperNutritionAcademy.com/blog. Find this episode on birth control and leave a comment. Again, I really want to get this discussion going, because I think it’s really important for this discussion to be had and for people to be more informed but also thinking bigger picture in the sense of is this right for human biology.

All right, so, with that said, we will end off today’s episode. I want to thank you for joining me once again. Yuri Elkaim here signing off and I look forward to seeing you on the blog and in the next episode.

Leave A Reply (14 comments So Far)