Weight Loss and The Fallacy of 5-6 Meals Per Day 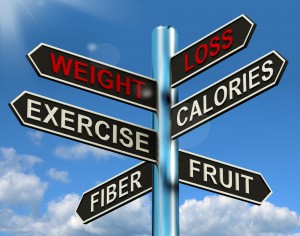 Does eating less or fewer meals help you lose weight? Welcome to this episode of the Super Nutrition Academy Health Class. Today I’m going to kind of be debunking another myth that has been very pervasive in our culture, which is, essentially, if you want to lose weight, you want to eat more often and more small meals to keep your metabolism fired up so that you can actually lose weight.

Well, today I’m going to kind of cut into that a little bit and give you some interesting insights and things to think about. Part of this was spurred on by a recent study that was presented at the American Diabetes Association, one of their conferences. Essentially, what this study looked at was, it was done in the Czech Republic, and they looked at 54 patients, so obviously not a huge sample size. These people had type 2 diabetes, and they followed them for 24 weeks.

What they did is they split the people in the study into two groups at random. Both groups followed a diet that reduced their energy intake by about 500 calories per day—that’s a pretty good kind of starting point—and contained 50ish percent carbohydrates, 20 to 25 percent protein, and less than 30 percent fat. The typical kind of Canada Food Guide or American Food Pyramid type of recommendations.

For the first 12 weeks, one group ate three main meals—breakfast, lunch, and dinner—and three small snacks in between those meals. Six times a day. The other group ate a large breakfast between 6 and 10 a.m. and a large lunch between noon and 4 p.m. and that’s it. The two groups then switched for the second 12 weeks. They were asked not to change their exercise habits during this study time.

The results showed that both groups lost weight and decreased the amount of fat in their livers, which is good. However, the group that was eating only two larger meals per day lost more weight during each 12-week session. Interesting. Eating fewer, bigger meals also led to lower fasting blood sugar levels, meaning that the body’s insulin production was working more efficiently. Hmm, very interesting.

Now, what’s funny about this is that different experts have kind of chimed in about this study, and one of the experts from CNN talked about the fact that she didn’t think that this is really livable for most people. We can’t just survive on two meals a day because most of us, for whatever reason, can’t skip dinner, God forbid. And then she goes on to say that eating several times a day might be beneficial for controlling calories and boosting our metabolism; the typical nonsense that we often hear.

Here’s where I really want to give you some a-ha moments. If you’re not one of our Super Nutrition Academy students, if you join the Academy, in addition to everything else you’re going to learn, Module 6, where we talk about metabolism and weight loss, will blow your mind. There is some stuff in there you will learn and discover that you’ve never even heard of.

And it’s not just my opinion; this is completely backed by science, as well as physiological foundation for how the body works. Really, what this comes down to, guys, is physics. I’m going to just give you a snippet of what I mean by that. 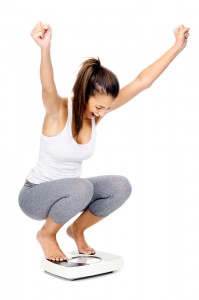 The aggregate of all the breaking down or all the building up in the body, that’s all metabolism is. Most people get metabolism confused with metabolic rate. Metabolic rate is essentially how much energy you’re expending per day, more or less.

Here’s some interesting stuff to consider. Let me ask you a question here. Let’s say we’ve got two people, and they’ve got the same activity level; there’s no difference in activity level. One person weighs 300 pounds; the other person weighs 150 pounds. Who has the higher metabolic rate?

Now, you may have said the person who weighs less, because we’ve all been led to believe that you’re skinny; you must have a high metabolism. Blah, blah, blah, blah. You can eat whatever you want. That’s complete and utter nonsense, and it’s so simple to understand once you understand this.

Okay, the person who weighs more, everything else being equal, will have a higher metabolic rate, and that sounds completely opposite to what you’ve ever heard. But here’s why this works. Metabolic rate is essentially, it’s a measure of how many calories we burn per day. It’s a measure of how much energy we expend. This is where the physics comes in.

Physics, if you remember if you took this in high school at any point, you probably learned the equation work = force x displacement. Work is simply another word for energy expenditure or calories burned. You can think about it that way.

The biggest fallacy, other than that, we’ve been led to believe that eating more often is very important to keep our metabolic rate boosted per day. What accounts for the majority of it, 70 percent? Your resting metabolic rate; your basal metabolic rate.

So, instead of focusing on things to improve our basal metabolic rate, like lean body mass, reducing body fat and stuff, we’re so focused on how often we should be eating food, which is such a small portion of the equation.

Here’s the interesting thing. If you think about this, what’s one of the big problems in today’s society? Blood sugar, insulin levels, diabetes, obesity. It’s all related to the same thing, okay? When you eat six meals a day, here’s essentially what happens.

You’re not giving your hormones or your body any time to be in a fasted state. If you have breakfast at seven, then you get to work and let’s say it’s nine-thirty, then you’re having a snack, your body, depending on what you had for breakfast, has very little time to finish digesting that food. Or if it has digested that food, it has very little time to stay in a fasted state. Why is that a problem?

Well, here’s the problem. Insulin is only released in a fed state, so if you want constantly high insulin levels, keep eating all day long. You can graze all you like; you can eat small portions of this and that all day long, but just understand this: When you eat, insulin is released.

Do you see how this works? You can eat five, six times a day all you want. It’s not going to make a difference, and I guarantee in the long run, it’s going to do way more harm to you than good. That’s why this study I found really interesting, because they showed that with just two meals a day. You’re not starving yourself by eating twice a day. You’re doing your body a ton of favors.

I may have talked about this before. If you follow any of my stuff or if you’re part of the academy, you know the benefits of spending more time in a fasted state is essential to living longer, to having healthier hormone profiles, to having healthier blood sugar levels, to everything. 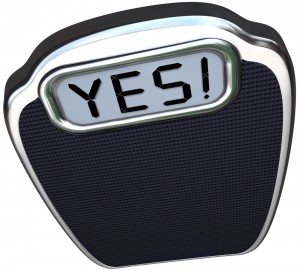 How To Eat To Lose Weight

But we’re so concerned about eating every two to three hours, it’s ridiculous. We’ve been fed so many lies. If we were to count up all the lies we’ve been led to believe…this would be one of the big ones. And, obviously, some of these lies I discuss in the “Big, Fat Food Lies” report over at the SuperNutritionAcademy.com site, which you can grab for free if you haven done so already. But this is definitely one of the big ones.

And I think it’s doing a lot of damage more so than good, because we’ve led to believe that if you don’t eat, oh my God, it’s not good to be in a fasted state because if you’re in a fasted state, you’re going to ruin your metabolism. Whoa, your body’s going to go into this starvation mode because it hasn’t eaten for, like, five hours. Therefore, you’re going to store all this fat, and everything you eat afterward is going to be stored as fat. It’s not true.

It’s true if you deprive yourself for several days on end, but if you think about going back to how our body has evolved, we are still operating as Paleolithic men biologically. We have not changed. We’ve been on this planet for such, a blink of an eye in respect to evolution that we are, in our modern society, still on the biology of Paleolithic man.

Paleolithic man did not have the luxury of eating whatever he wanted five to six times a day. Maybe sometimes he did, but not every single day, 365 days a year. There were days where there was no food, and they would go searching for food without any answers. That’s essentially a one-day fast. That fast may have prolonged for several days. In some cases they would find food, hunt it, and then they would have plentiful amounts of food for a day or a couple of days.

That’s how our body has evolved, and that’s the current biology we’re still working with. Our body is naturally best equipped to go through periods of fed and fasted states; not necessarily for weeks on end, but for a couple days at the very most, at least for a day, try not eating any food. You’ll feel more mentally clear. Sure, you’re going to go through some hunger pangs; you’ll go through some emotional distraught.

It’s actually very interesting to go through that process because you’ll learn a lot about why you crave certain foods. A lot of it is conditioning and habit.

The message I want to get across in this episode is that eating five, six, seven meals a day, however many meals, is not the answer to losing weight. It’s the answer to keeping your insulin levels excessively high over time to eventually causing problems down the road with blood sugar, leading to diabetes and obesity and other problems.

A lot of times I don’t eat breakfast. I’ll go until lunch without eating anything, so I’ve just done a 16- to 18-hour fast. And then some days I’ll wake up and I’m hungry and I’ll have breakfast then. You have to listen to your body.

Don’t worry about the five-to-six-meals-a-day nonsense. It’s one of the biggest lies out there, and I hope this information has helped you realize that. Again, I discuss this in way more detail in Module 6 of Super Nutrition Academy, as well as some of the later modules where we talk about fasting and life extension and some really awesome stuff.

If you haven’t already done so, you can try the Academy for just a dollar. I believe it’s so powerful for you to have this information that we literally want to give it to you for free to try out for 30 days. At that point you can decide if it’s for you. If it’s not, then, again, you can cancel at any point. It’s just our way of really getting this information to more and more people, because we need to know this stuff; we need to get away from the lies and the nonsense and all of this misinformation and confusion.

I want to thank you for joining me once again. Hop over to SuperNutritionAcademy.com, join us today. Your life will change for the better, I promise you. And I look forward to seeing you in the next episode.

Leave A Reply (7 comments So Far)