How Kids Eat Could Hurt Their Heart

Hey, welcome to another episode of the Super Nutrition Academy Health Class. Yuri Elkaim with you again. Today we’re talking about some really interesting research that has just come out of the Canadian Medical Association Journal, which shows a very interesting link between preschool diet and risk of heart disease later in life. Yeah. 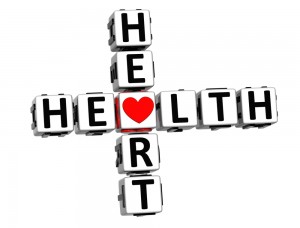 What this study looked at was a thousand kids between the ages of three and five years old to determine whether what they ate and how they ate had an impact on cholesterol levels, which would then obviously be a biomarker or a risk factor for potential heart disease down the road.

This study was really interesting because having just kind of gone through snippets of it, what I found fascinating—and this is actually no surprise; this is actually pretty cool. So, three-to-five-year-old kids, they found that there was no link between the actual diet, the actual food they were eating and bad cholesterol. That in and of itself is actually pretty awesome because it’s showing us that there really is a very, very minimal association between the foods we eat and their impact on cholesterol levels in the blood.

Cholesterol levels in the blood, they get out of whack due to a multitude of reasons, generally the foods we eat. Depending on the foods we eat, it’s not necessarily the biggest impact. For instance, a lot of people fear egg yolks because we, since the ’80s, have been led to believe that cholesterol is going to lead to heart disease and blah, blah, blah. Egg yolks contain cholesterol; therefore, you should avoid egg yolks. And entire industries have popped up just selling egg whites.

But we know that there is a number of studies that show that even eating copious amounts of eggs, whole eggs, on a day-to-day basis has very little impact on cholesterol levels. It’s pretty cool to see this in kids as young as three to five years old. So, no matter what they were eating, it didn’t have an effect on blood cholesterol levels.

However, this is where things get even more amazingly interesting. The researchers found that bad food habits—and by that, I mean mindless eating, eating in a rush, eating in front of the TV, eating while playing with an iPad or iPhone—somehow, those behaviors were linked to bad cholesterol. That’s pretty fascinating. I have no idea how they discern between the two, but that is pretty powerful.

Essentially, what they’re saying in the study is that how we eat could be just as important or more important than what we eat. That’s a very powerful message. If you eat in front of the TV, if you’re eating in stressed-out situations, if you’ve got your iPad playing in front of you or whatever, those are not so good food choices. 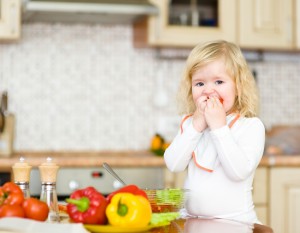 I think this actually opens up a really interesting discussion here about looking at our environment and how we’re eating as part of the food choice. It’s not just about are you eating vegetables, are you getting good-quality food, but is the environment in which you’re eating, is that a health environment? Is that in and of itself a good food choice? Really interesting stuff.

Some recommendations here. I really, really am adamant about this as much as I can in my own household. Getting the family together. I’ve talked about this a thousand times it seems like. Getting the kids involved in the meal-prep process. That’s the first step.

Second is sitting down as a family to eat dinner, with the TV off and have a no-cell-phone-or-electronic-devices rule at the table. First of all, I don’t even know how kids as young as three or five years old should have a cell phone or an iPad. Maybe certain situations merit it, but definitely not at the dinner table; definitely not to replace human engagement.

We live in a time now where we’re so connected technologically, but we’re so disconnected interpersonally. That’s leading to a lot of social problems. It starts in the household. If parents let their kids watch TV all day, get away with murder—not literally—do whatever they want, play with their phones and technological devices all day, it’s not a great thing. It’s not a good habit to develop.

Yes, these kids are going to be brought up in an age where they need to know how to use this stuff because it’s all going to be technological anyways, but it’s never going to replace the human interaction, especially at the family level and especially when we look at food as an experience for bonding and interaction. Those are the times where we really need to be grateful for being with one another, being grateful for the food that we have to share. It’s a very different biological sensation that happens when you are in those kinds of grateful, happy, engaged environments for eating versus being in a trance or in a sympathetic kind of adrenaline state, watching a scary film or some kind of news on the TV. This is really interesting stuff.

This is actually one of the cool studies that we’ve talked about. A lot of the studies we talk about are pretty ridiculous, but this one I found is awesome because it brings some really interesting and new ideas to the forefront, which I think have a positive impact on how we engage with our kids at home. And even if you don’t have kids, the same thing applies. You don’t have to be three or five years old for this to affect you. Sure, if you can nip this stuff in the bud as early as possible, it’s going to be great, because these kinds of habits will linger on if they continue into their teens and adulthood, but even if you’re 35 or 60 years old, it’s never too late to eat in a nice, serene, peaceful environment.

Eat slowly, take your time, chew your food. I look at my dogs and how they eat their food. They don’t eat it, they vacuum it. It’s inhaled. And that’s because their wiring is like, “I need to eat this before the next dog eats this. I need to eat this now because I don’t know when my next food is coming.”

Human beings, we have the luxury of kind of knowing when our next meal is coming, so let’s take our time and enjoy the process. So, again, it doesn’t matter if you’ve got kids or if you don’t have kids or if this is something that you can apply into your own life.

Believe me, I get into this habit as well, where sometimes at the end of the day, I just want to sit on the couch. I’ll just grab a huge bowl of salad, and I’ll just sit on the couch and watch something while I’m eating my salad. I don’t do it all the time, but that is a habit that I need to break. The only reason I have that habit is because it’s just that, a habit that was developed for 20-plus years of doing that.

It starts at a young age. Get yourself, get your kids involved in eating together, eating in a stress-free environment, eating a way from the TV. Turn off the TV, turn off the cell phones, and you’ll be a lot better off. Your kids will be a lot better off and they’ll learn restraint. I really believe, just talking about cell phones for a second, my personal belief about technology is that you need to know how to use technology, otherwise it will use you.

And the thing with cell phones, especially if you have an iPhone or a BlackBerry, where you have access to e-mail, it becomes an obsessive-compulsive disease where we continually check our e-mail. It’s like a minute-by-minute thing. It’s like, “Oh my God, did somebody send me an e-mail?”

And the thing is, it’s not even a proactive activity; it’s reactive. How many times are we logging in to our e-mail because, “Oh my God, I just gotta send this e-mail to So-and-So”? Very rarely. The majority of the time, we are looking in to our inbox to see if other people sent us an e-mail.

Well, that tells us that your inbox becomes a priority-sifting mechanism for other people’s agendas. If you’ve got stuff to do, their stuff comes first, because now, obviously, it’s in your inbox. And secondly, instead of worrying about what other people are e-mailing you, why don’t you turn off your cell phone and focus on what you’re kids, right in front of you, are asking or telling you? And do the same for them. Turn off your phone and engage with them.

This is something that really, really drives me crazy. If I go to a restaurant and I see a family and the kids have got phones on and the parents are on their phones, I don’t even care what it is. I don’t care if they’re looking up Google, I don’t care if they’re looking at directions. I’m at the point now where I’m going to walk over to the table and smash the phone.

I believe we’re planting the seeds now for a lot of problems down the road with this stuff. We need to know how to control our use of technology by turning it off at certain times. Other times we use it.

As I’m recording this, I’m sitting in front of the computer, recording an audio for you. That’s fine. I’m not eating at the same time. I’m not engaging with my kids at the same time. I’m just focusing on this right now, you and I. Once this is done I’ll move on to the next thing. We need to learn how to compartmentalize our lives a bit more instead of multitasking and all this stuff all the time.

I know that’s kind of a bit off on a tangent, but I think it really comes back to the same idea of how we are eating, what environments we’re in. anyways, I would like you chime in on this. Join me back at the blog at SuperNutritionAcademy.com/blog, find this episode on the preschool diet and heart disease and let me know what you think.

Do your kids eat in front of the TV, or do you guys eat as a family at the table? That’s a question I want you to ask yourself, and I want you to answer that on the blog as soon as you finish listening to this episode. If you’re in the car, obviously, don’t go on your iPhone and go to the blog. Wait ’til you’re at your computer at the office or at home, and then jump over to the blog.

That’s all for today. Thanks again for joining me. I look forward to seeing you guys in the next episode.