Why is Liver Cancer On The Rise?

Hey, how’s it going’? Yuri here with another episode of the Super Nutrition Academy Health Class. Today’s episode, we’re going to be talking about some scary stats, actually, showing that cancer, liver cancer specifically, has been on the rise over the last couple decades. In spite of the fact that some of the other cancers have been, according to the CDC, on the decline, which is kind of suspect at that, one of the cancers that has been on the rampant increase is liver cancer. 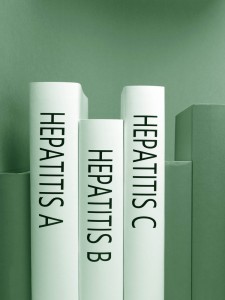 There was a new article at the current time of recording this in Canada that came out, again, as a result of these findings that have come out of the CDC, as well as the Canadian Cancer Society. Basically, what we’ve seen is that since 1970, the incidence of liver cancer has tripled in Canadian men and doubled in women. It’s rising every year by 3.6 percent in men and 1.7 percent in women.

The question is: Why is this happening? Well, the medical community believes that the biggest risk factor for developing liver cancer is hepatitis. So, hepatitis is a viral infection of the liver, which leads to inflammation in different things, but specifically in this case, it has been attributed to hepatitis C. Now, in case you’re unfamiliar with hepatitis C, it’s an infectious disease and it’s caused by the hepatitis C virus, which, in and of itself, is actually pretty controversial considering that there has been, to my knowledge, very little evidence that the hepatitis C virus actually exists.

This has caused a lot of debate within the scientific and medical community because a lot of different researchers, journalists and whatnot have gone back and forth about this debate. Is hepatitis C a real molecule, or are they just calling something else, something they haven’t defined yet, hepatitis C?

Here’s the thing, if you look at the CDC, the CDC, if you go on the Web site and just kind of search around, you’ll find a graph called “Incidents of Acute Symptomatic Hepatitis C/Non-A, Non-B Hepatitis. So, for years they classified hepatitis C—it wasn’t even known as hepatitis C; it was known as non-A and non-B hepatitis—because there currently is a vaccine against hepatitis B, but for whatever reason, they didn’t know what else was causing some stuff that was not attributed to hepatitis A and hepatitis, so they called it non hep-A, non hep B.

Now, this graph that I’m looking at as I’m talking to you here shows a marked decrease in the reported cases of this non-A, non-B hepatitis up until about, we had a nice drop all the way to about 2003. What’s interesting is that what is happening from about 2003 to the present, which leads to this kind of leveling off of the reported cases—obviously, there was a significant drop in the reported cases from, again, 2.5 out of a hundred thousand people to, let’s say, just under .5. It’s a pretty rare issue.

But, again, the classification of hepatitis C versus this classification of non-A, non-B hepatitis has been very confusing and misleading within the medical literature. There hasn’t really been a consensus as to where things lie with that. Again, it’s kind of a tricky area, but nonetheless, let’s go back to this current epidemic, which is a rise in liver cancer. They’re attributing part of it; it could be to the rise in hepatitis C.

Now, just in case you’re worried about hepatitis C, again, the thing is, like, most doctors—now you even see commercials during holiday season, where they tell you if you’re going to a sunny destination, you could be walking on the beach, and therefore, you might step on a needle, so you need to be vaccinated against hep B and hep A and hep C and whatever else there is.

Again, we talked about this with Dr. Isaac Jones, about the need for vaccinations versus just having our own immune system be able to deal with stuff. Obviously, in an ideal world, everyone will have a strong-enough immune system, but that simply isn’t the case.

So, let me just give you some idea as to how hepatitis C comes about. First of all, it comes about primarily due to blood-to-blood contact. So, right there, if you just avoid blood-to-blood contact, your chances of hep C are almost zero. If you’ve used intravenous drugs; so, if you’re a heroin user. If you’ve used poorly sterilized medical equipment and transfusion; so, if you’ve been a patient in a hospital, your risks are obviously a little bit higher. And those are the main two sources of hep C contamination.

Again, it’s such a rare thing to happen, and, again, there’s been a lot of controversy, but hep B vaccinations and childhood autism and even in teenagers. Right now there is no vaccine against hepatitis C, which is interesting because that kind of lets you know that maybe there isn’t even a hep C virus that has been identified properly. Anyways, other than the hepatitis C and other than if you’re sharing needles with people, and then your chances are pretty minimal of contracting that. 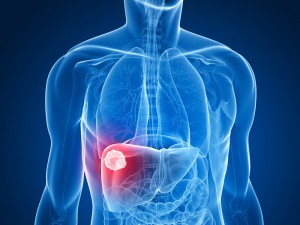 I’ve got some interesting stats here. This is showing the differences in worldwide consumption by premixed drinks, wine, spirits, and beer. Now, here’s something really interesting. 1997 to the present there’s literally been a flat line of consumption of beer, spirits, and wine. However, premixed drinks—think of Smirnoff Ice and stuff like that—from ’97 to the present has almost doubled. Interesting, right? Obviously there’s a huge market for that.

I don’t know if that’s the real cause, if people are drinking more or whatnot, but I just thought I’d do a little search and see what we find. Here’s some interesting stuff. The world’s top drinkers. We have Estonia, Lithuania, Germany, Latvia, Finland, Czech Republic, Russia; they’re all at the top there. A lot of these northern European-Scandinavian-eastern European countries, which is obviously very fascinating to know this stuff.

Anyways, we’re kind of getting off on a tangent here. So, again, one of the main risk factors for liver cancer is drinking. Here’s the thing: Don’t drink a lot of alcohol, and if you’re listening to this podcast and if you’ve listened to a number of the episodes, you’re probably not doing that already.

The reason for that is because alcohol is a toxin. It damages not only your brain, but it kills your liver cells, and we know that heavy alcohol use can lead to things like cirrhosis, which is scarring and deadening, inflammation of liver tissue. If you have liver cirrhosis, that’s a huge risk factor for liver cancer; just FYI.

Really cut down on alcohol consumption. I don’t really need to remind you that one glass of red wine per day is somewhat healthy; anything more than that becomes a risk factor. But, nonetheless, do not drink red wine for the health benefits; you’re better off drinking fresh juice.

That’s the first one. The second big one, which I believe is one of the biggest contributing factors now, is diabetes. Diabetes is a risk factor for everything. Your liver has GLUT2 transporters; these are transporters that take sugar out of the blood, into the liver to be stored as liver glycogen, so there is a direct impact of sugar levels, insulin resistance at the hepatic level, at the liver level. So, diabetes, because of the effect of high blood sugar levels and what that can do to arteries, to different organs, how it leads to high insulin levels and hyperinsulinemia and what that means to the health of all-around important things.

And then, obviously, the third risk factor is smoking. We continue to see these three big risk factors across all disease: heavy alcohol use, diabetes, and smoking. If any of these apply to you, really just cut them out, cut them down, do your best to get back to health.

This is funny because this article focuses so much on hepatitis C, blah, blah, blah, but the reality is that unless you’ve shared needles—I mean, Pamela Anderson, she was a big kind of hep C awareness advocate in 2002, around that time, because she was infected with hepatitis C. Well, I wonder why. I believe her husband was a pretty heavy rock star, heavy metal dude—I can’t remember his name. Who knows what kind of behavior she was engaged in, right?

But for the average person, I highly doubt that hepatitis C is an issue, considering that now, the incidence is less than .5 cases out of a hundred thousand people. That’s, like, nothing; that’s like a handful of people in an entire population of the country.

I think we need to really kind of get back to the basics and focus on what are we doing lifestyle-wise that’s creating all this nonsense. So, heavy alcohol use, diabetes, smoking. A couple things that they don’t talk about in this article that also impact the liver in a negative way: toxic overload. We know that the liver is the main detoxification organ in the body. If we live in this world where there’s lots of pesticides and toxins, well, guess who’s doing more work now? The liver, that’s right.

And the problem is that liver cancer, the prognosis is very bleak. It’s one of those things where if you get diagnosed with liver cancer, the outcome is pretty bleak at this point in time. The whole idea is to prevent this stuff from happening as opposed to having to deal with once it does.

So, I know it’s obviously a very niche topic that we’re talking about, niche discussion. Most of our discussions, actually, on this podcast are very niche because we’re talking recent health news and kind of breaking it down, but I thought this was important just too really focus on what’s important. It’s not so much about the hepatitis C vaccination and its lack of having a vaccine in the first place that is the reason for developing liver cancer, but I think it’s really our lifestyle factors that have gotten out of control. And a lot of these diseases now—like diabetes, cirrhosis, fatty liver disease—all of these things are now contributing, in my mind, to a much greater degree not only to liver cancer, but to everything else that’s happening.

Just something to think about the next time your doctor wants to give you a hep B or hepatitis vaccination. Again, obviously, the choice is yours, but I just wanted to put this out there to give you a bit of food for thought.

So, we’ll call it a day at that point. I hope life is treating you great. And don’t forget to come back to the blog at SuperNutritionAcademy.com/blog and let me know your thoughts, let me know your comments. If you know anyone who has liver cancer or hepatitis C infections, I’d love to hear your opinions, your feedback, your comments, and any kind of insight that you might have with respect to that.

Until the next episode, I’m Yuri Elkaim signing off. Thanks for joining me and we’ll see you next time.