Want to Live Longer? Here’s How You Can Do So By Eating Fruits and Veggies…..

All right, welcome to another public reminder service, part of the Super Nutrition Academy Health Class podcast. Back today with a very, it seems like an obvious type of study, but it’s just one of those things where I just need to continue to hammer this nail on the head, because I think the more you hear this, the more it’s going to make a lot of sense and reinforce this type of action into your life. 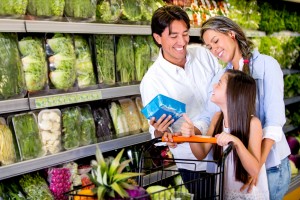 This study that was presented in the American Journal of Clinical Nutrition—again, early July, so this is 2013, all very relevant and timely information—showed that eating fruits and vegetables is tied to a longer life. Well, how about that for news, right? If you haven’t heard this from me before, you’ve heard it from me again today. Eat more fruits and vegetables, and you will live longer.

Let me give you the details of the study. This was done in Sweden. They followed 71,000 Swedes between the ages of 45 and 83. They followed them for 13 years, and they found that of the 11,500 of those people who died by 2010, there were some interesting observations within these people.

They found that people who had reported eating no fruit or vegetables at the start of the study were 53 percent more likely to die during the follow-up period than those who got their five daily servings. Kind of the recommendation is five servings a day of fruits and vegetables, which, honestly, is pretty easy. You can get that in one smoothie, so that’s not very challenging.

And I really don’t think that’s enough. I usually espouse 8 to 12 servings of fruits and vegetables a day, which is really just one smoothie and a salad in most cases. Again, there’re tremendous benefits. There’s really no maximum as far as I’m concerned. The more you get, the better off you are.

It’s not this unattainable goal, but simply by adding in a couple more servings per day can make a huge difference and extend your lifespan. Why do fruits and vegetables work? Well, there’re a lot of theories, but I think it’s very straightforward. They’re nutrient-dense. It’s kind of interesting that nowadays, there is more of a problem with too much food than not enough food. 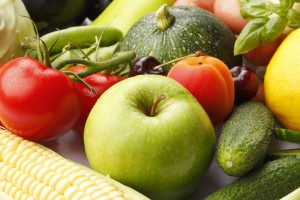 We get more vitamins and minerals when we eat fruits and vegetables. We get more phytonutrients, which are those very, very small plant chemicals that help prevent disease and all sorts of other things. Higher amounts of antioxidants, more fiber, more water. I can go on and on. It just seems so obvious.

This is really cool because this is just another study that’s showing that eating at least three servings of vegetables a day can make a significant difference. The other thing that is interesting is that they found that people who ate fewer fruits and vegetables were also more likely to smoke and tended to be less educated and eat more red meat, high-fat dairy products, sweets, and snacks.

We talked about the power of education in a previous episode and that the higher your level of education, the more health-conscious you are more or less; that’s the correlation. Essentially, by eating fewer fruits and vegetables, they found a correlation with other poor lifestyle factors: smoking, drinking, less education, eating more poor-quality foods. That’s an important thing to consider.

Is it because you ate more fruits and vegetables that you’re less educated? Maybe not, but that’s why we put together the Super Nutrition Academy, because I know that if you acquire more knowledge, you are more likely, just by osmosis, to be surrounded by healthier food choices and healthier lifestyle behaviors. That’s why education and learning is so important, because you need to continually learn and grow. By learning about studies like this, maybe this is the inspiration that takes you over the edge, that gives you that kick in the butt to make that green juice or add those fruits and vegetables into your day…not that you’re not already, right? Really interesting stuff.

That’s pretty much it. A really short and sweet episode today. As very often, I’m just here to remind you of stuff we’ve talked about several times, and when I see studies like this, I’m definitely going to highlight them, because I think they’re really important. Yes, they’re very basic but, again, the premise is eat more plant foods; you will live longer.

If you want to live longer and in better health, then please do so. And just to finish off, I want to share a little story with you. I was at the grocery store the other day just picking up some bananas actually.

There was this lady in front of me in line. She must’ve been in her seventies, and she was just shaking up a storm. She must’ve had Parkinson’s or something else. I just felt really sad for her because, I mean, I don’t know what her life story is, obviously, but she’s just there shaking up a storm and then she was obviously going to drive after somehow, I don’t know how that’s going to happen.

I was looking at the foods that she was putting on the conveyor belt at the grocery store, and it was bread, cheese, some baked goods, and something else. I was just like, it’s right there. It’s just, the proof is in the pudding. I don’t know what her issue is or what caused it, but food is powerful. Next time you go to the grocery store, look at what you’re putting on the conveyor belt. Is this stuff that’s really going to help you live longer or maybe shorten your lifespan?

Anyways, that’s all for today. Join me back at the blog at SuperNutritionAcademy.com/blog. Tons of amazing stuff going on there. If you haven’t grabbed your free report, “The Big, Fat Food Lies,” you can do that there. You can also take our 12-question SNA quiz to test your nutrition IQ and so much more cool stuff.

And if you haven’t done so yet, you can join Super Nutrition Academy and take it for a test spin for just one dollar. I really hope your health and that of your family’s is worth one dollar to you, because if it is, I really encourage you to go over to SuperNutritionAcademy.com and at least get started with the one-dollar trial. You can try out the first entire module, which goes into much further depth and awesomeness than what we cover in these podcasts. And if you enjoy the podcasts, you’ll love what’s in the Academy. I guarantee it.

So, that’s all for me today. Thank you for joining me once again. I hope you have an awesome day, and I’ll see you in the next episode.

Gratitude, Happiness, and Overcoming Addictions with UJ Ramdas
Celebrity Endorsed Kids Foods
The Cholesterol Myth - Lipitor Side Effects and Statin Drugs
Worthiness and How to Get Healthy with Liz Dialto