Probiotics For Diarrhea – Myth or Miracle?

All right, how’s it going? Yuri here back with you. Obviously; I mean, who else would be here with you, right? Obviously, we bring in special guests every now and then, and we’ll have a lot more coming up, so you do not want to miss any future episodes. Not only will I be giving you the awesome sauce of what’s happening in the news and then giving you my cutting-edge insights, but I’ll also be bringing in some pretty awesome guests within a lot of different areas of health, performance, nutrition. It’s going to be wicked, so we got a lot of good stuff coming up. 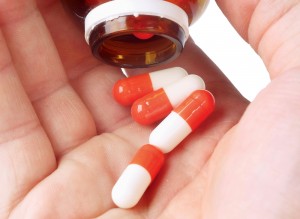 Today we’re going to be talking about the impact of probiotics in conjunctions…or I should say probiotics used while taking antibiotics as a way of alleviating diarrhea. Now, the reason I’m bringing this to you is because there was, obviously, a recent research study that was conducted. This was actually conducted in Toronto. It was done out of the Hospital for Sick Children Research Institute, which is in Toronto, not too far away from where we live.

I didn’t actually know this. Check this out. According to the U.S. Centers for Disease Control and Prevention, the CDC, 14,000 Americans die every year due to diarrhea, which is related to the bacteria clostridium difficile. That’s a lot of people; that’s a lot of people that are dying from diarrhea relating to this bacteria. Typically, antibiotics are given to deal with bacterial infections. You probably know my stance on antibiotics: I think they are the closest thing we have to the devil on Planet Earth for most cases. They’re way overprescribed and, in a lot of cases, unnecessary and useless. That’s just my humble opinion on antibiotics.

Now, with that said, this research, they looked at, well, we know that clostridium difficile, this bacteria, causes problems in the intestines. It loosens the stool, causes inflammation in the gut, which can lead to diarrhea, so doctors prescribe antibiotics for these types of infections. But then the antibiotics typically lead to problems as well. Not only does the bacteria cause stomach cramps and diarrhea and inflamed colon, but the antibiotics make the problem worse, because what antibiotics do, as you might know, they are the atomic bomb. They kill everything, all the bacteria, all the good and bad bacteria.

The problem with that is that when that is left unchecked, those clostridium difficile bacteria are able to grow, as well as other bacteria and yeast are able to grow more quickly because they’re unchecked; they’re not regulated by the good bacteria. This study looked at does adding probiotics into the mixture help prevent diarrhea? In this case they had…this was actually a big meta-analysis that they looked at. They looked at 23 studies over 4200 adults and children taking antibiotics, and they separated the studies into looking at those participants taking probiotics along with antibiotics and those who did not, so they just took the antibiotics by themselves. 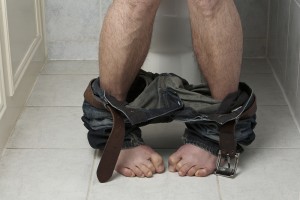 What they found was that taking—in this specific meta-analysis, they found that those taking the probiotics didn’t change the number of people who went on to develop the clostridium difficile bacterial infection, which is about 13 percent in each group; however, it did lead to a significant drop in those who had diarrhea. So, the probiotics-plus-antibiotics group had a 2 percent incidence of diarrhea compared to 6 percent in the antibiotics-only group. That’s a pretty significant drop in diarrhea related to that.

The thing here is that we need to understand is that probiotic strains, bacterial strains have very specific actions in the body, and they act in very specific locations in the digestive system. If we’re looking to keep clostridium difficile in check and reduce bacteria, well, not all bacterial strains will help with that. For instance, the greatest benefit from a diarrhea perspective in relation to this is a bacterial strain known as saccharomyces boulardii and a combination of lactobacillus acidophilus, which is probably one of the most common ones you may have heard of, and lactobacillus casei.

I actually put together a report on this. It’s called “Probiotics: Why You Need Them and How to Choose Them.” You can get it at SuperNutritionAcademy.com/Probiotics. It’s an amazing report; it’s actually one of the best reports I put together because it really gives you everything you need to know on how to choose a probiotic supplement.

I firmly believe that we should all be taking a probiotic, simply because of all the chlorination, the antibiotics, all the things that destroy our natural gut flora. We need to really increase the population of good bacteria back within our gut. Unfortunately, it’s not going to happen through yogurt because yogurt is a very processed, pasteurized, and singular form of only a limited number of bacteria. There are some really good probiotics out there that do a great job at improving health. 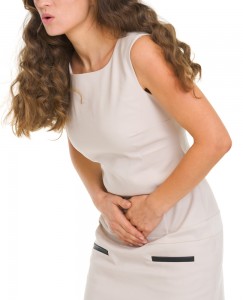 The other thing you have to understand is that your gut is where 80 percent of your immune system develops and resides. The gut lining, the other side, when food passes through your gut, just on the other side of that. Let me back up for a second.

When you eat food, all that food that passes through your digestive tract, that’s considered outside of your body; it’s technically not inside your body. Only when those nutrients pass the gut barrier and enter into the bloodstream is it now inside your body.

In order for that to happen, though, it must clear customs, if you will, and customs, in that case, is what’s called GALT, or gut-associated lymphoid tissue. You have a lymphatic system border control that is right on top of your gut lining. The reason it’s there is that if there are things that pass through that are not supposed to be there, we will mount an immune response. That lymphoid tissue there is greatly dependent on the health of the bacteria in your colon. Supplementing with a good-quality probiotic of at least ten billion colony-forming bacteria per day is a very, very good thing to do.

I would highly recommend you grab the report. It’s at SuperNutritionAcademy.com/Probiotics. If you’re concerned at all about your gut health and all that great stuff, your immune health, this is something you really, really need to read because you’ll learn what to look for, what to look out for, what the different strains of bacteria do, and where they act. And I’ll give you my specific recommendations for the best probiotics that I currently use and have used in the past.

Let’s just go back to this study for a second. It’s interesting because one of the researchers here who talked, one of the doctors who spoke in response to this study talked about the fact that probiotics are very helpful, especially if you’ve been in a hospital setting. But if you’ve not been in a hospital setting, probiotics might not be necessary because they’re a little bit expensive in some cases. They don’t have to be, but some of them are.

She went on that probiotics probably aren’t necessary for someone being treated at home for an infection unless they’ve been in and out of a hospital. I don’t know if I agree with that. I think that we can all benefit from probiotics because we’re all so depleted in terms of our natural gut flora.

I’ve been using probiotics now for probably ten years, and I can tell you that it’s not something you feel a difference with right away. It’s not like if you have a shot of espresso, you feel jazzed up. You do notice a difference, though, when you stop. And if you have any kinds of irritations in your bowels, you’ll definitely see an improvement with respect to the quality and regularity of your bowel movements…at least with myself and obviously all of the clients that I’ve worked with over the years.

Bottom line here is that if you’ve been on antibiotics or if you are on antibiotics, you want to supplement with a probiotic supplement at the same time to counteract the negative effects of the antibiotics. Some people say wait, don’t do the probiotics during the antibiotic regime because you’re just going to now allow the antibiotics to do their thing properly. Well, the reality is that, I believe and have tested that if you go ten days with antibiotics by themselves, you’re definitely setting yourself up for a lifetime of big-time problems.

So, if you’re taking the antibiotics, which, again, I highly, highly recommend you don’t—again, that’s not my professional medical advice; that’s simply my opinion, but, obviously, talk with your doctor about this—make sure on the same day, you are high-dose supplementing with probiotics to replenish the good bacteria in there after it’s been killed off. And then once you’re done with the antibiotic treatment, then you want to really go mega dose with the probiotics; double, triple the dose on a daily basis for at least one to two weeks to replenish that good bacteria in there. It’s really, really important you do this.

Antibiotics are one of the, I guess one of the things that’s helped us eradicate a lot of different infectious diseases, but they’re also creating a massive problem which we’re going to have to deal with over the next 10, 20 years as we find ways to kill these super bugs.

So, that’s all for this episode. My call to action for you today is to, once again, go over to SuperNutritionAcademy.com/Probiotics, grab the report, you’ll love it. I look forward to seeing you in the next episode.