Research Is Showing Something Completely Eye-Opening About Stress And Heart Disease. Find Out More In This Episode 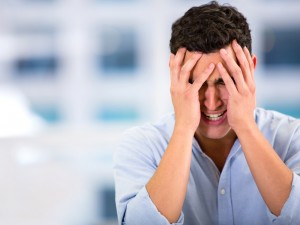 Welcome. Does stress cause heart disease? Or, more specifically, how you feel about how stressed out you are, does that cause heart disease? Well, according to some new research, it does. This is some very interesting stuff because we know, I think intuitively, and we’ve probably heard this a thousand times, that stress is related to pretty much everything, including heart disease.

But why does that happen? Well, there’re a lot of different mechanisms. One of them might be hat stress tends to increase blood pressure, which is correlated with heart disease. But what is stress? What is stress? It’s not a tangible thing that we can really measure. It’s a real intangible mental state that produces different emotions and, obviously, chemicals in the body as a result of how we feel.

But if you think about what stress is or what anything is, we all experience certain events, but it’s the meaning we give to an event that is the most important. If you and I both experience a soccer game, we both experience a soccer game. You’re cheering for one team, I’m cheering for the other. The outcome is the exact same. You feel one way; I feel the exact other because we’ve attributed different meaning to that event.

The event is the same; it’s not different. It’s just that you’ve experienced it one way because you were cheering for the losing team, for instance, and I was cheering for the winning team, so I’m a lot happier because they won or whatever. It’s the meaning to different events in our live that is the most important thing.

There was a recent study that came out, and this was done in the European Heart Journal, and what they did is that—this was done out of the U.K.—they followed just over seven thousand civil servants when they were 50 years old, and they tracked them for about 18 years. They wanted to look at any kind of new cases of heart disease. 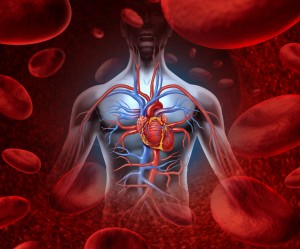 What they wanted to look at was to see whether the perceived effect of stress could impact potential heart disease. What they found is that there was a big risk if you feel your health is being messed up by stress. So, it wasn’t even about the fact that you were stressed out; it’s about how you perceived that stress to be causing problems in your life, which is very interesting.

The main question the researchers asked was: To what extent do you feel that the stress or pressure you have experienced in your life has affected your health? Obviously, people who responded that it affected them greatly had a 10 percent increase in nonfatal or fatal heart disease within that 18-year follow-up, which was significant in this case.

That was kind of the latest thing, but there’ve been a lot of other studies that have shown similar stuff. Back in 1998 there was a study in the American Journal of Public Health which looked at different job-stress models and their potential risk in coronary heart disease. Here’s what they looked at.

In this one study they found that that association between the personal effort and the reward—so, how much you feel you’re working and maybe the lack of reward you’re getting from your work—was associated with a 2.15-fold higher risk of new coronary heart disease. Pretty interesting, right?

They also found that job strain and high job demands were not related to coronary heart disease; however, low job control was strongly associated with this disease. That’s very interesting because in a lot of cases, again, it’s about this perception we have, right? If you have a lot of work to do, some people really relish that; they enjoy that.

But if you feel you have no control over your future, this lack of control about what you’re doing, the fact that what you might feel like what you’re doing is not significant, there’s really no point in doing it because there’s no prospect of a better future, this kind of sense of hopelessness and helplessness, these feelings are deadly. That was one kind of this job-stress model where there’s an imbalance between personal effort and reward and this feeling of low control over your job.

The low job control was the second model, so they felt that if there was a low job control, that was associated with a 2.38 increase in new coronary heart disease. Very interesting stuff. This is, again, I’m just kind of quoting two studies here, but there’re a lot of studies really going back decades showing this impact of stress and perceived stress on coronary heart disease.

And, remember, coronary heart disease is just one thing. They’re looking at one disease, but we know that stress is related with dementia; it’s related with inflammation in the body, which could be the base of everything. Stress is related to gastrointestinal issues like IBS, colitis, Crohn’s, leaky gut. Stress is also related to poorer lifestyle choices like increased risk of smoking, drinking alcohol, poorer food choices.

Stress is huge. And, again, stress is completely relative to the individual. It’s all about What is the meaning I give to this situation? If my kids are screaming, does that necessarily mean I have to be stressed out? Not necessarily.

Personally, if my kids freak out, sometimes I respond less favorably than others, and that’s simply because some days I feel maybe a little bit more overburdened than other days, and some days I’m just like, hey, it’s just their way of kind of trying to express themselves. Other times I internalize it and say, “Why are they doing this to me?” I’m kind of using that victimized mentality, which is not a good thing to do for anything, really. But if you can catch yourself in that process, you’re able to hopefully make better adjustments with that situation, then, moving forward.

So, how does stress affect you? I’d love to get your feedback. And what do you do to manage stress? If you join me over at the blog, SuperNutritonAcademy.com/blog, find Episode 63 on stress and heart disease. Let me know what do you do, how do you feel stress impacts you in your life?

I want to discuss this because when I was growing up, obviously, I developed an autoimmune condition which later I realized was probably heavily related to stress, even though at the time, I didn’t think it was. A lot of my friends always said, “You know, Yuri, you handle stress so well, you’re so cool about all this kind of stuff,” blah, blah, blah.

But, to be honest, when I really think about it, I think about way back, to when I was really young, like, 10, 12, somewhere in that area. I remember going to play soccer Saturday mornings, and I would have this unbelievable uneasiness in my stomach. You know that feeling of butterflies and you just want to go to the bathroom? That’s stress. I didn’t know it at the time. Maybe I did, maybe I wasn’t aware of it; I don’t know.

But for me, I feel stress in my stomach, in my digestive system, and I know that when emotional states like that manifest themselves physically, that’s when problems occur. In my case stress was related to a high cortisol release initially, which eventually led to an overwearing of my adrenal glands, which wore down the secretory IgA, which is an immunoglobulin, which is kind of the protective layer of antibodies that kind of resides around our mucus membranes. That became dramatically depleted, which increased my chances of developing leaky gut, which I did.

When that happened, when you combine that with poor food choices over time—things like gluten dairy—all that kind of stuff, when you add all this stuff together and you kind of look at, okay, stress is providing this breeding ground for all this stuff to get way out of control, you can see how all this stuff can manifest.

I want to know how has stress impacted you in your life, and how do you respond to “stressful” situations? How do you manage your stress? We’ve done a couple episodes now on tapping. Tapping, I think, is absolutely tremendous at reducing cortisol levels, managing stress, and verbalizing how you’re feeling, being honest with the situation. I think it’s just terrific.

We’ve talked about this now with Carol Look, with Nick Ortner. I highly recommend using tapping. I’ve also been using meditation, walking in nature, stuff like that. I want to know what is it that you do to manage your stress more effectively?

And, also, I’d also like to know how is it that you internalize? What is the meaning you give to certain situations that allow you to deal with them better than perhaps somebody else in the same situation? Or how do you, what is the thought process or what is the dialogue in your head that doesn’t allow you to deal with a situation very well? Is there some kind of mind frick or negative talk that’s happening that is not allowing you to manage the stress related to that situation?

I’d love to really get a dialogue going about this because stress is huge. Stress is very, very important, and I think the more that we can give each other tools and kind of anecdotal experiences of how we’re managing this stuff better than other situations, I think it’d be very valuable to everyone involved.

Hop over to the blog, over, again, at SuperNutritonAcademy.com/blog. Find Episode 63 on stress and heart disease, and let me know your thoughts and experiences with respect to the meaning you give to different stressful situations. It’s very important and I think, obviously, based on these studies, it could really save your life.

So, that’s all for today. Thank you for joining me. I’m Yuri Elkaim and I look forward to seeing you in the next episode.