Can Diabetes Be Cured? The Ridiculous Type 2 Diabetes Surgery

Can Diabetes Be Cured? And If So, Is Surgery Required?

All right, nonsense alert. We’ve got some more ridiculous stuff to look at today, and this one has to do with improving diabetes by gastric bypass surgery. There was a recent study done, and I need to mention a very small study done, which included a total done of, get ready for it—dun, dun, dun…four women. That’s right; one, two, three, four women. This was presented in the Journal of Clinical Endocrinology and Metabolism, released in April 2013, and these were women who had type 2 diabetes for a number of years, so they decided to go with the gastric bypass surgery. 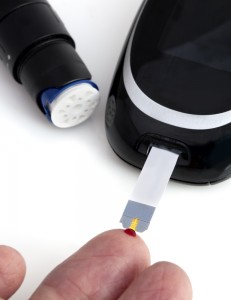 Essentially, gastric bypass surgery, which apparently is a widely used weight-loss procedure, which is scary to think about, because essentially what they’re doing here is they’re stapling part of your stomach and kind of bypassing a bunch of it. In this study it appears to change the hormones and amino acids produced during digestion—obviously, you’re going to start messing around with stuff, stuff’s going to change, right?—which could explain how the surgery eliminates symptoms of type 2 diabetes. Not to say that it improves diabetes, but it improves the symptoms.

I saw this and I’m like, this is good. This is absolutely ridiculous. Type 2 diabetes is running rampant. Everyone and their mother has type 2 diabetes now, and that just goes hand in hand with our lifestyle. We’re fatter and if you’re fat, you have a higher likelihood of developing type 2 diabetes. The good news is that type 2 diabetes is not a life sentence. It’s one of the easiest—and I don’t want to sound condescending, but it’s one of the easiest diseases to completely reverse through lifestyle alone. There is no need for any kind of ridiculous type of surgery where you’re going to staple and bypass one of your most important organs in your body.

When I see this kind of stuff, I’m just like, wow, we need to discuss this; we need to talk about this a little bit, because they talked about how the surgery improves hormone levels, insulin, really, which is beneficial for diabetics. Well, you know what else controls hormone levels in a favorable way? Exercise. Yeah, exercise has the exact same physiological effect at the cellular level as insulin. Yeah. It initiates the movement of GLUT4 transporters, which are a type of, kind of like a bodyguard that goes to the cell membrane to allow sugar into the cell. Without insulin, that sugar-into-the-cell process doesn’t happen, so you have more sugar in the blood, which is the problem with diabetes that the cells don’t respond to insulin.

When you start moving—exercise—the exact same thing happens. It improves what’s called translocation of these GLUT4 transporters to the cell membrane, and then they are then opening up to allow sugar into the cell. Sure, you could go get gastric bypass surgery, which is obviously a lot easier to do. You’re kind of knocked out and somebody does something to your stomach and you don’t have to change anything about the way you do anything. You can do that, but then you’ll run into the same problems over and over and over again, and you’ll have to go back for a touch-up on the surgery or something else. 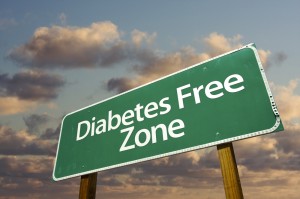 Can Diabetes Be Cured?

Type 2 diabetes is completely reversible. I need you to understand this. It’s not like…I’m trying to think. If you break a bone, you can’t reverse the broken bone. Your body heals the broken bone. Well, I guess it’s the same actually. Your body knows how to heal itself. We cannot heal anything; the body has an internal healing, repairing mechanism that will always take it back to a point of homeostasis, which is balance. All we have to do is get out of the way.

And by “get out of the way,” what I’m talking about is simply restoring the ideal environment where it can do that work. You break a bone, you put that bone in a cast and, therefore, the body—it’s not the cast that heals the bone; it’s the body that heals the bone. Your body does that with everything and type 2 diabetes is no different.

My dad had type 2 diabetes; he overcame it. It’s recently resurfaced again because he’s just kind of let his lifestyle kind of just go down the drain a little bit. Always look in the mirror. Again, I understand. I don’t want you to feel that it’s your fault for this stuff, but now that you know this stuff, it’s your responsibility to take corrective measures to move in the right direction, because this is an area that is affecting millions of people, millions of kids who are now developing type 2 diabetes at ten years old, which is absolutely unheard of in history, and it’s a scary proposition.

So, type 2 diabetes is something that does not require surgery. There might be some cases that do. I’m not seeing diabetic patients every single day, and I’m sure there are some complications. If you have diabetic neuropathy, where you lose your feet pretty much, because there’s no more nerve function or blood flow to your feet, well, that could require amputation, but in terms of getting your stomach stapled, I don’t really think that’s the solution; that’s not fixing the problem.

It’s like I’ve talked about before with cleansing. Doing some kind of miracle, 14-day, pill-based cleanse is not going to do anything if you go back to eating poor foods after that. You have to change where you’re doing it on a daily basis. It’s the little things. The little hinges swing big doors. The little things you do every single day are the best things you are doing for your body.

I like to think of cleansing—just as an example; we’re talking about something a little bit different here—people ask me, “Yuri, what do you think about cleansing?” Well, I have a cleanse program, which is completely food-based, it’s called the Total Wellness Cleanse. What I encourage people to do is think about cleansing as a daily practice. Simply by eating healthier foods, you are cleansing your body.

And if you approach every day with that philosophy, your likelihood of developing type 2 diabetes is far lower. Your risk of heart disease, of cancer, of obesity, of anything becomes a lot lower, because now you are conscious about choosing the right path for you that you know you are doing small, little things on a daily basis.

I was just watching, there was an episode of Ricki Lake. My buddy Kevin Gianni sent out a link about this individual who—I can’t remember his name—he was on Ricki Lake because he overcame cancer through raw foods. It was so awesome because Ricki Lake was asking him, “Do you think you’re the exception?” He’s like, “I don’t want to be the exception; I want to be the rule.”

That’s so great because when you eat whole, natural foods, the amazing thing would be that you overcame cancer through drugs. That would be the unbelievable “Oh my God, I gotta be on a talk show” type of story, but we tend to glorify these stories because, oh my God, somebody did not use chemo and somehow still survived.

Well, chemo really hasn’t done much. We haven’t done much at all in terms of cancer in 50 years. We have done nothing; very, very, very little in 50 years with all the money we’ve spent and all the research that’s been done. And for what when you know that the simplest solution is right in front of you? Go back to eating more natural foods; you will allow your body to heal itself. Why is that considered a miracle? I will never know.

Anyways, I’m going to stop there. I just wanted to present this information because if you’ve ever heard of gastric bypass surgery for type 2 diabetes, then you have a better understanding of it now. And you also understand hopefully that the ease at which type 2 diabetes can be reversed is very, very apparent.

All you have to do is eat more natural foods. Just cut out the crap, cut out the sugar, cut you the caffeine, cut out the refined carbs; focus on eating high-quality food and exercise. That’s it, that’s it. Give it a couple months; you’ll be fine. Even shorter than that. There we go; there is my professional medical opinion…coming from somebody who’s not a doctor, thank God.

Anyways, that wraps it up for this episode. Be sure to join me back on the blog at SuperNutritionAcademy.com/blog. Be sure to sign up for the “Big, Fat Food Lies” report, where you can discover “Seven Nutrition Lies that are Keeping You Sick, Fat, and Frustrated.” Awesome information; I know you’ll really enjoy it if you haven’t done so already.

And until then, thank you for joining me once again. I will see you in the next episode.