Hey, welcome back to another episode of the SNA Health Class. Yuri Elkaim with you and today we’re going to be talking about type 2 diabetes and its impact upon immigrants.

It’s actually very interesting and I’m not too sure if you’re aware of this and that’s why I’m kind of bringing this up today, because there’s a lot of research, pretty conclusively, that shows that immigrants to North America, and specifically from southeast Asian countries—so, we’re talking about China, the Philippines, Taiwan, those areas—they tend to have a greater increase of type 2 diabetes without an associated increase in obesity or overweightness than traditional North American Caucasians.

This is a really interesting discussion to have, because I think there are some really basic and fundamental things that make this very clear and apparent once you understand them. I want to highlight a few things here. I just have a bunch of different studies here opening up on my computer, so I’m just going to kind of sift back and forth. 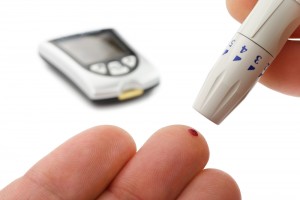 First of all, there was a 2010 study in the New England Journal of Medicine, and they found that within China itself—we’re not even talking about immigration yet—within China itself, there’s been an explosion of type 1 and type 2 diabetes. They’re trying to figure out why this has happened. I’m going to just give you a quote here from one of the lead researchers in the study, and he said, “Urbanization is associated with changes in lifestyle that lead to physical inactivity and unhealthful diet and obesity, all of which have been implicated as contributing factors in the development of diabetes.”

That’s what’s happening within the country; in this case, China. And what’s even more alarming within China is that, currently, 61 percent of cases of diabetes are undiagnosed and untreated, according to this study, which is just crazy. If we look at why this has happened—obviously, the fact that they just mentioned, urbanization.

China historically has been, like most countries, historically have been rural countries, and now, with the advent of big cities and technology, people are moving away from agricultural living, rural living, to more of an urbanized setting. This obviously means that things are more dense; there’s less, depending on where you live, obviously, less access to parks and trails; and depending on your socioeconomic status, you might have less access to healthy food.

The other thing that’s happening in China now is that we’re seeing a huge increase in childhood obesity and childhood diabetes, and part of that is because, obviously, these kids are now exposed to Western fast food. The explosion of McDonald’s in China has, I mean, I don’t even know the stats, but it’s pretty ridiculous. They are eating, very, very poor-quality foods with the movement of Westernized food over to that country, and before that, we never really saw these kinds of problems. That’s a big problem that’s happening within the country.

Now we look at what happens when these Chinese immigrants move to the U.S. or move to Canada. We’re seeing very, very similar things. I’m going to share with you some very interesting stats, and this is coming out of Health Canada’s research. They’re basically saying that ethnicity—if you’re not white, more or less, and you’re coming to this country from another country, you have a greater increase of diabetes. That’s pretty significant.

This influence of ethnicity reflects both biological and behavioral differences. We’ve talked about the impact of environment on our genes; right, like epigenetics or nutrigenomics, these different fields of studying how our environment and our food impacts our genes. I firmly believe that it’s tough to differentiate environment versus genes because they’re so intricately related.

When we have, for instance, proper Chinese people who, for hundreds and thousands of years, are used to eating a certain diet and living a certain lifestyle that becomes a blueprint in their DNA. When they move to North America and they become confined in a condo in downtown Toronto as an example and they’re now exposed to fast food or different types of Americanized, processed food, that’s a completely different environment which is now affecting their biology.

I believe that their natural programming is not set to do well in these types of environments. As if anybody’s is, right? Basically what we’re seeing here based on this report out of Health Canada is that south Asian, Hispano-American, Chinese, and African ancestry are at higher risk of developing type 2 diabetes than those of European descent. And if they do develop type 2 diabetes, it is at an earlier age and with a lower BMI, which means that they’re not as overweight while presenting with type 2 diabetes.

We’re seeing that even Europeans who move to—I should say western Europeans who move to North America—don’t have the same risk. Now, again, part of that could be due to the fact that in western Europe, they’re still exposed to a lot of the garbage food that we have in North America, so perhaps they’re already used to that and they’re already consuming those foods. But when you look at a lot of these developing countries and you look at how their indigenous is generally healthier than the Western diet, it starts to make a lot of sense.

The other thing to consider is that in a lot of cases, families moving from these developing countries to developed Western nations generally—and I’m not saying this is all the time—generally move into areas of lower income. Again, obviously, there’re cases where people have tons of money and they move over and that’s a different scenario. But for the most part—and you can look at every major city in the Western world and it’s the same thing.

If you’re going to move from a rural town in China to Manhattan, the cost of living is going to be quite significant. Therefore, you’re not most likely going to live in Manhattan; you’re going to live in the Bronx or Harlem or some area that is not as well-versed in healthy living. A lot of these families are moving in to areas where a couple things are happening. Again, as I mentioned earlier, the access to parks, trails, outdoor living activities is reduced. There’s also no Whole Foods or those types of stores in those areas because they obviously cater to a specific segment of the population. And, generally, there is less money to spend on healthier food and health initiatives, gym memberships, stuff like that.

All of these variables come into play when we’re looking at immigrants moving to Canada, the U.S., according to this research. Some really interesting uphill battles that we’re seeing. Historically, these countries like India, very, very healthy diet; one of the healthiest diets in the world with respect to the species and all those amazing flavors and all their healing properties. And then those individuals move to Canada or they move to the U.S., where now they’re just inundated with convenient, fast food that just gets them addicted, and the access to those indigenous foods are a little bit less. Now you can see why this becomes a very, very big problem.

I live in the country; I find I actually walk more in the city. That’s not necessarily the case all the time. It really depends where you live in the city, because, to be honest, I was just in New York. I can’t stand Times Square, but I was staying there, and, for the life of me, if I could jump out of my hotel-room window and land in Central Park, that would’ve been amazing, but I had to get outside and walk through the craziness to get there.

Obviously that would be a huge limiting factor in terms of my physical activity, because if I lived in Times Square, I would not want to go out walking. Put me up in the Upper West Side, somewhere near Central Park, and I’ll work forever. It really depends where you live in the city. That’s something interesting to consider.

What I find fascinating is that these cultures are two to six times less likely to be obese while presenting a higher risk for type 2 diabetes, which is very interesting, which means that something biologically, physiologically is not…there’s a disconnect. There’s a big disconnect between how much weight one gains and the risk factor for developing type 2 diabetes.

This is interesting stuff. It’s something that I really encourage you to consider. You can see that there’s hundreds, if not thousands, of studies showing this stuff. You can look at immigrants coming from India to England, immigrants from China to Canada. It’s the same all the time pretty much. You could Google and Google Scholar and look at these studies, look at immigrant Asians, India and the U.S. A population at higher risk for type 2 diabetes, whatever it might be. It’s the same thing; we’re seeing the same pattern over and over and over again. 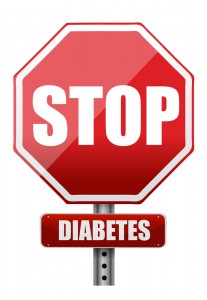 So, what do we do? Solutions. What do we do? Like with anything else, it’s the basic, little things: We need to get active; we need to be eating well. I think this also comes from a larger-scale perspective too. We need to be able to give people access to healthier living, whether that’s reducing the price on healthy foods as opposed to potato chips.

Obviously, this is very idealistic thinking, but as I said on a previous episode, starting things like garden. If you’re used to gardening where you came from, why not start a garden in your own backyard and start making your own foods again?

Yeah, it’s something I’m going to put out there. I think it’s a really, really sad statistic that all these amazing cultures with so much incredible, natural, indigenous, awesome cuisine and just generally active cultures move in to our urbanized cities and become a ticking time bomb, realistically.

I don’t care about it in the sense that it becomes a burden on the health care system, and I’m not going to get into a whole political argument, but as governments accepting these individuals into the country, they have to be aware of these stats, because if these individuals and families come into the country and now they’re developing type 2 diabetes, well, guess what’s happening? Now they are burdening the system with their health care problems, which could be prevented if the governments were to take action by instigating some type of healthy initiative for lower-income families and immigrant families. I think it’s something that, policy-wise, needs to be done moving forward.

As always, I’d love to hear your thoughts on this. Hop over to the blog, SuperNutritionAcademy.com/blog, find this episode on type 2 diabetes among immigrants, and let me know your thoughts. Are you an immigrant yourself? Have you moved to a Western country and found this same pattern, or do you know others who have? And if so, do you have any recommendations, or do you have any questions? Let me know over at the blog, and I look forward to seeing you in the next episode.

Butter vs. Margarine- What's the Difference Between Butter and Margarine
Why is Liver Cancer On The Rise?
Healthiest Diets Found in These Children...
How to Choose the Best Fish Oil Supplement